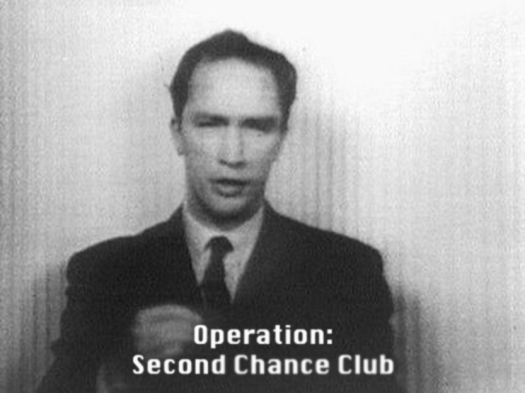 Excerpt from The Second Chance Club

We are about a half kilometer below 1941 Ogilvie Road.  Do you know what that is?

CSIS headquarters. Actually, a wing of CSIS. A bunker hospital in an underground section known as the Second Chance Club.

What are you talking about?

She hits a button on the wall. An old timey film starts. Pierre Trudeau sits behind a desk.

Hello. I’m Prime Minister Pierre Trudeau. If you are watching this, then you were recently nearly dead by your own hand. Each year thousands of Canadians attempt suicide, and each year many of them fail. For whatever reason…they fail. I’m not here to talk about what makes a person do such a thing…that is between them and their God. But, what I am here to say is, even though you don’t think your life is precious, I do. Not in a weird ‘every flower is beautiful’ type of way, but in the ‘every flower has a role’ type. Your role has just changed with your circumstances. If you still wish to die, nobody can stop you. But, if you wish for your death to have meaning…if you wish for whatever is left of your life to have a meaning…we have a proposition for you. The Second Chance Club offers you a mission of sorts. What is the club you ask? That’s a bit more complicated. The Club doesn’t legally exist. The Club members aren’t legally alive nor are they dead. It is a legal limbo you could say. If you accept it, then whatever happens at the end is up to you. You may die during this mission, which shouldn’t bother you as you haphazardly view your existence thusly anyway. Or you may succeed and feel better about yourself, or you may just not care and leave and end it all anyways. Summation? Sure. You want to die. We want you to live just a bit longer to do something for your country. For yourself. For your legacy. The answer is ultimately up to you. Trudeau out.

2 Replies to “The Second Chance Club”